A command with name is already available on this system. This module may override the existing commands.

Home PowerShell A command with name is already available on this system. This module may override the existing commands.
  
By Przemyslaw Klys PowerShell 2 stycznia, 2019

Another day, another issue one may say. Today I wanted to install one of my modules to a new server and was greeted with a well-known message (it may seem on first look):

What is important here to notice is that command name was left blank. Usually, the command name would be filled in, and that's something to be expected that there may be some other module using the same name for one of the commands. But this was an almost clean system so it seemed impossible to me that my small module would hit a clash with some other module. I also have seen this error on Azure DevOps during Pester Testing of some of my modules where I've merely overridden the settings with AllowClobber switch because I just thought there's some conflict with something existing on test machines.

Knowing that it has to be my module having a problem I've decided to check two places that made the most sense to me as possible suspects:

PSM1 file, in particular, Export-ModuleMember function which delivers information what functions and aliases to export.

And to my expectations I was right, that's where my mistake was. Can you see it yet?

Recently as part of my optimization process to speed up loading of modules I've written a module that has one neat feature of integrating all functions into single PSM1 file (Why? Have a read here). During that process, it also adds Export-ModuleMember at the end of the file. If you've not yet noticed where the error is it seems that Export-ModuleMember -Function @(‘MyFunction') -Alias @(”) at fault. I've made mistake and left Alias Array with a single member. An empty string. I thought it wouldn't matter but it seems it does.

How did you fix it?

So how do I fix this issue? I simply had to modify my module to create an empty Array @() for Alias parameter instead of Array with an empty string. Simple, but effective, and another reason that small things matter and we have to pay attention to details.

A few weeks ago I’ve released my first version of PSWinDocumentation. It was simple, one command module where you start it and get some basic AD stuff into Microsoft Word document. Today… I’m releasing a new version that has a bit bigger feature set. Are you ready for it? Let’s go!

Recently we were tasked with testing connectivity with Good For Enterprise servers. Since the environment is highly secure it requires… 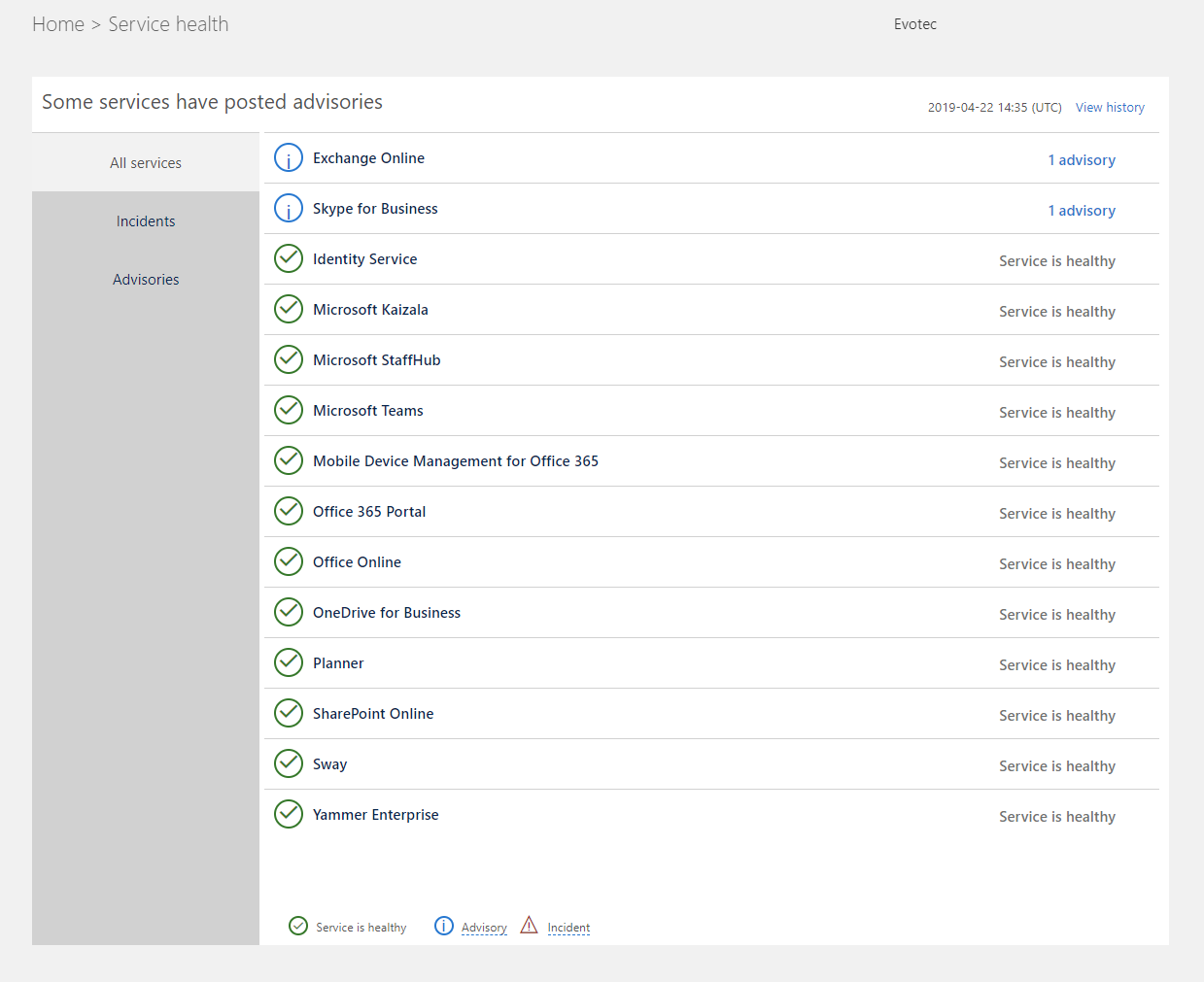 PowerShell way to get all information about Office 365 Service Health

Office 365 is an excellent cloud service. But like any service, there’s some infrastructure behind it that has to be cared for. Since this is Cloud, Microsoft does this for you. But any problems Microsoft has to have some impact on your end users. And you may want to have that visibility for your users. Microsoft provides this to Admins when they login to the portal, but while useful you may want to use that data in other ways than those planned by Microsoft. 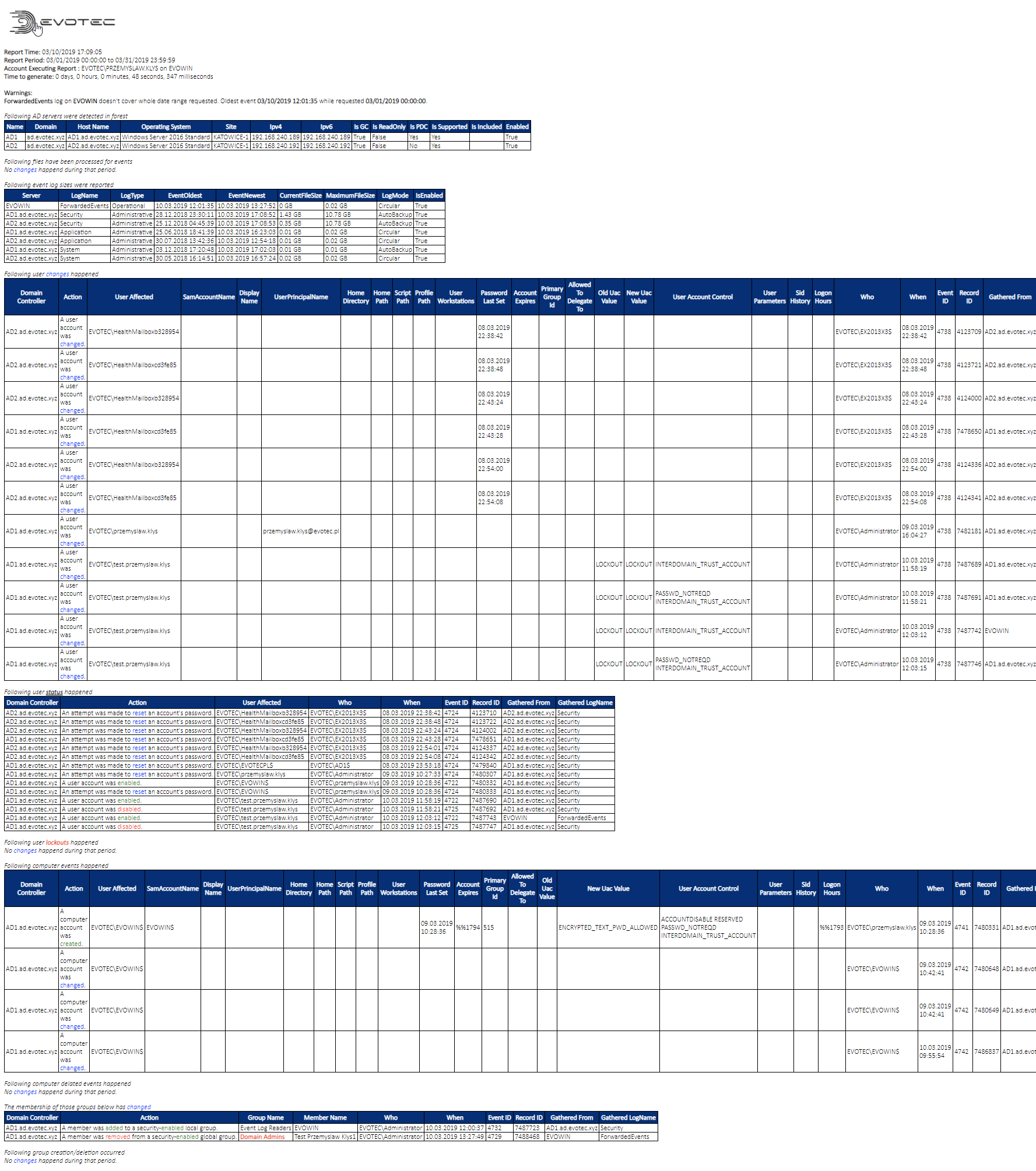 A new branch of PSWinReporting is slowly coming, and I thought it would be the best time to have a final article about it with all configuration options available for those that will want to stay using PSWinReporting from Legacy branch. The idea is that you may have it working in your systems and it’s good enough for you. You may not want to change it, and with New Hope, the changes are so big it’s a rewrite.

Some time ago, I decided that having an easy-to-use PGP PowerShell module is a way to kill my boredom. Four months have passed, and I decided to share it with the world, as it may be helpful to some of you.  Today I would like to introduce you to PSPGP – PowerShell module that provides PGP functionality in PowerShell.

One of the new features I’ve worked on was connecting Diagrams with Tables. Someone suggested, and I thought it would be cool to be able to click on the Diagram node and find more details about it in a table next to it. But then I thought it would be even cooler if you could have multiple tables linked to one Diagram. For example, below, I’ve created two tables with Users and Computers and populated Diagram with that data. 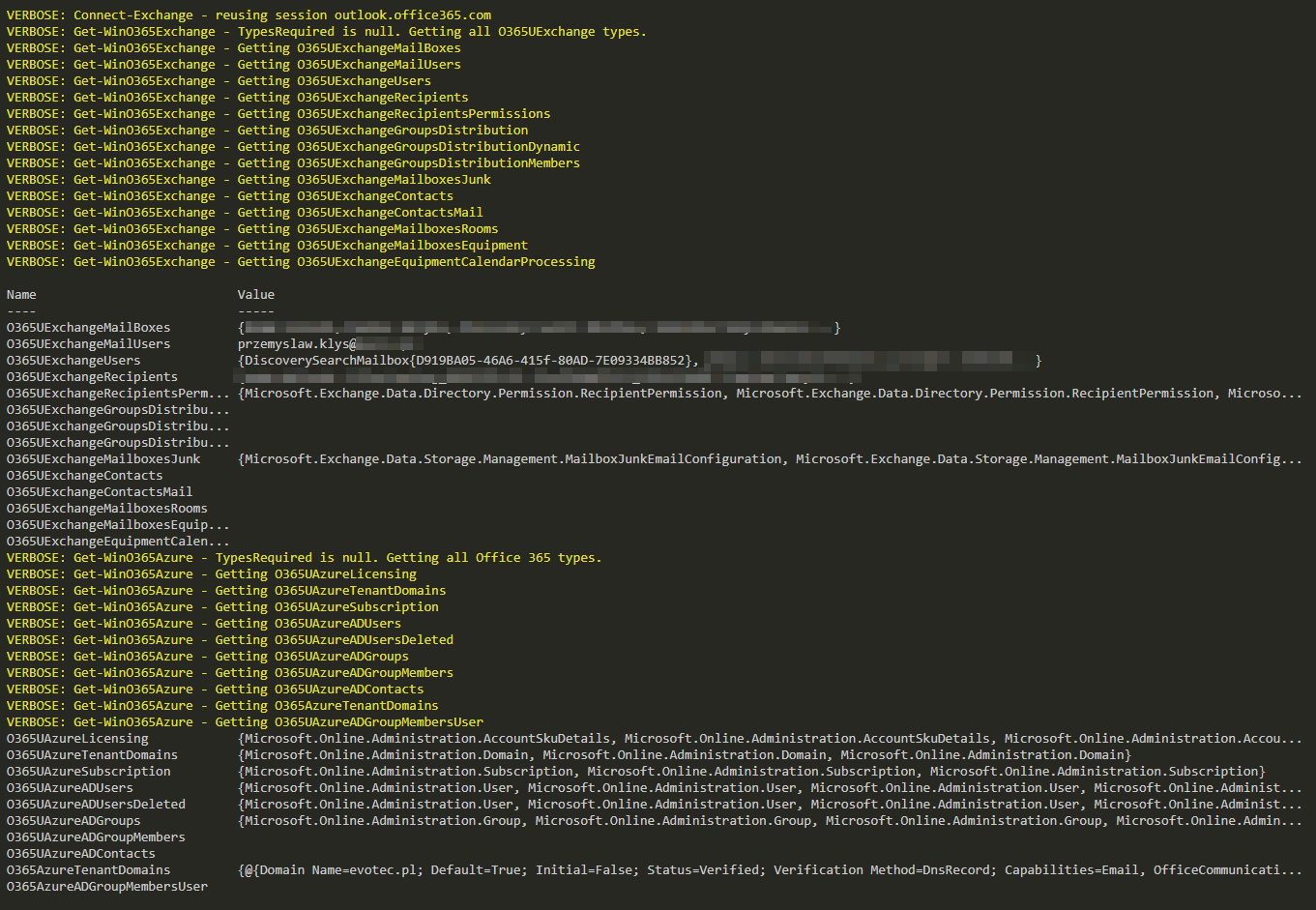 Today I’m pushing forward with PSWinDocumentation project. I’ve fixed some bugs but I also added a couple of new features. I did lie a bit in the first sentence because this time it’s not all me. I got help from Mateusz Niemczyk who is a certified AWS engineer working for Euvic with me on some projects. If you’ve not yet guessed where I got him involved from the introduction – yes we’re adding basic AWS data support to PSWinDocumentation. But that’s not all… 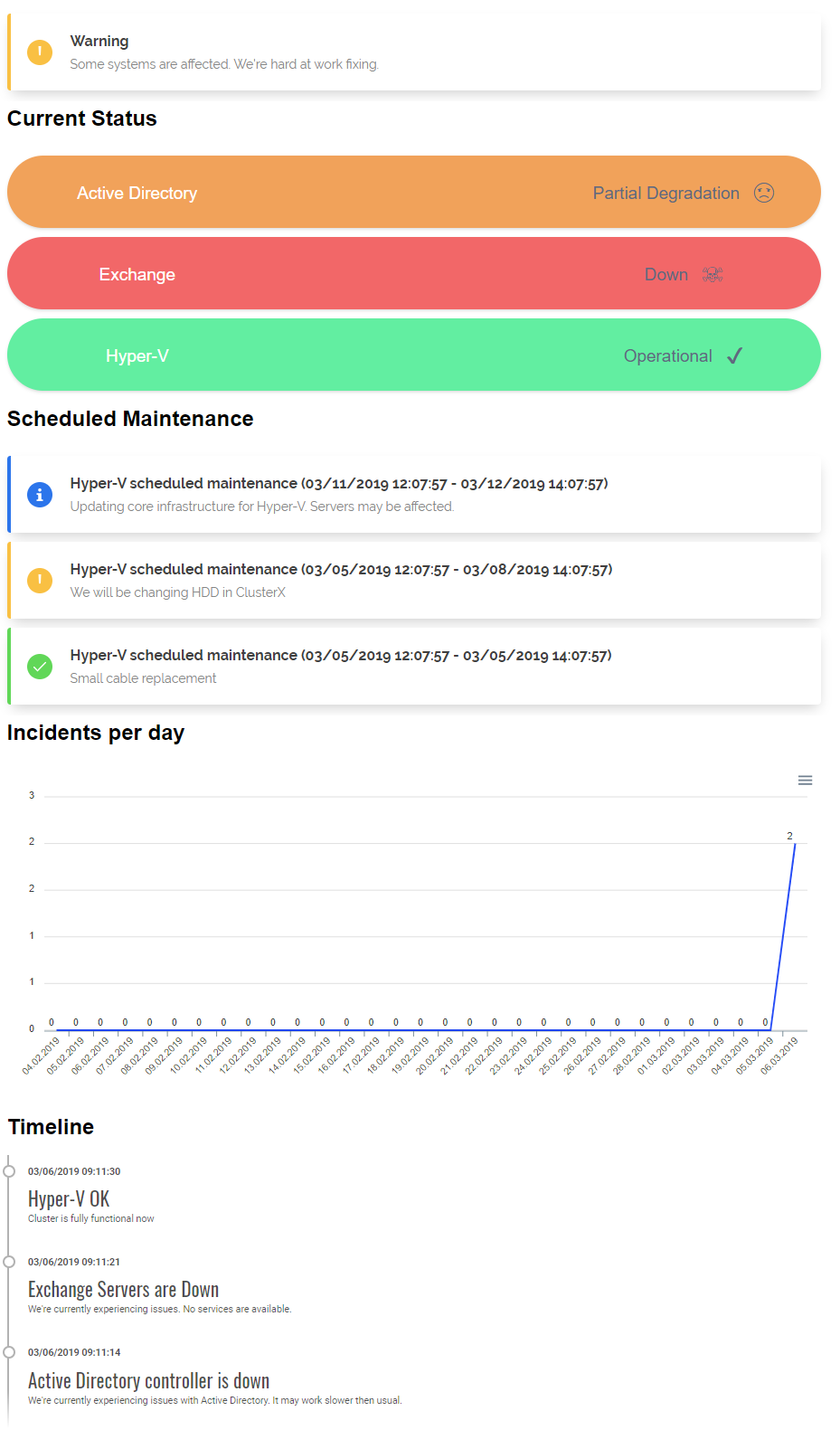 A few weeks ago, Mateusz Czerniawski, mentioned that he wants to build a Status Page for his company services. While I haven’t needed for myself, it seems like an excellent idea to try and create one in PowerShell. Since I’ve been working on PSWriteHTML for a while, it wasn’t that far fetched idea. While PSWriteHTML has a long way to go, to be in a state I want it to be, after a few days I had a prototype that didn’t require much work to generate. If you’re wondering what Status Page is it’s a little summary page for your users to check what is the status of services they use. It has been popular in the last few years and is offered by many services (Twitter, GitHub, Office 365 – they all have it). Companies are selling it as a service as well where you can host your status page for your users. This one is free.

A few days ago, I tried to use Install-Module on the old Windows 2008R2 system that I use for specific tasks.

Import-Module: This script contains malicious content and has been blocked by your antivirus software.

I’ve been working today on a little project when suddenly my modules stopped working. It was weird because I have not touched anything that could cause it. A message was a bit cryptic mentioning that my PSWriteColor module is required but not available. I’ve decided to try and load PSWriteColor manually using Import-Module command. 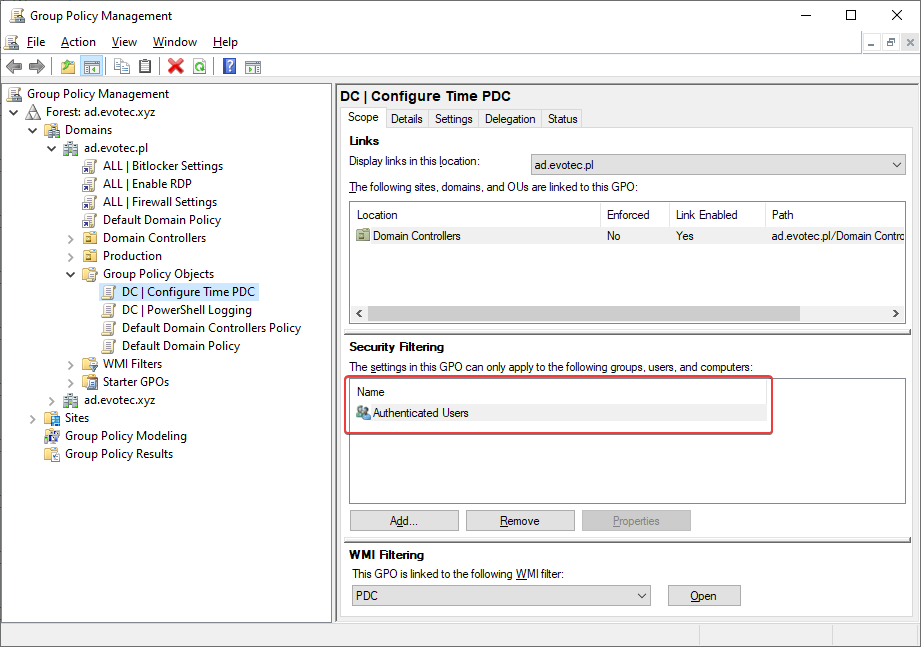 I’ve been in IT for a longer time now. I’ve made my fair share of mistakes and misconfigurations. One of those misconfigurations was removing Authenticated Users from Security filtering in Group Policy Objects. While it worked fine at some point Microsoft rolled out a Hotfix MS16-07 on June 14th 2016.

Today I had a need to connect to Microsoft Graph and do some tasks on Office 365. Since I have already done similar stuff for my PSwinDocumentation.O365HealthService PowerShell module that I’ve described in PowerShell to get all information about Office 365 Service Health, I thought this will be easy run as I’ll just reuse the code I’ve done for that module. As always for Graph related tasks you need to register your application and assign correct permissions. I’ve used my own article for that with changes to which API I want to access. Now that I’ve done all that I’ve extracted my Connect-O365Graph function from my module and started connecting.