Difference between GetTempFileName() and GetRandomFileName() that got my ass kicked

Today's story is about me making assumptions on how things work based on the method's name. As the blog post says, I want to focus on two similar methods – GetTempFileName() and GetRandomFileName(), when using PowerShell. Still, since those methods are .NET based, it applies to a whole range of other languages – C#, F#, VisualBasic, and all others that I've never used.

First, let's see how you can use it in PowerShell and what's the output

The difference is that one returns just the file name, the other returns the full path to a temp file. Isn't that great? So when I want to have a random name for a file to store in the temp folder I would use GetTempFileName(), and if I want to have just a random name I would use GetRandomFileName(). This was very useful for my PowerShell HTML module where I would need a temporary path to save the file if the user wouldn't provide any FilePath. I would then use:

Why my sending email is slow?

This brings me to today, where for the last two months, I've been blaming my Exchange team for changing something that influenced my PowerShell module PasswordSolution, sending emails impacting the runtime of the script. You see, PasswordSolution sends an email notification that the user's password expires. It uses Mailozaurr (MailKit/MimeKit) to send emails and PSWriteHTML to create an email body. To send 600-1000 emails daily on a domain of 60000 users would take more or less one hour, then suddenly it changed, and from 1 second to send an email, it took 40-60 seconds to send one email over 16 hours. As I've not touched anything – I blamed the Exchange team! They must have changed something (tarpit comes to mind), they were for sure doing some server changes, or maybe it's the fault of Load Balancer delaying things. I even went as far as contacting the MailKit developer to help troubleshoot where the email delays happen or to improve performance. But whatever we did, nothing helped. Sure we could see some improvements when running tests using my local account, taking 1 second to send an email, but as soon as the script runs as Task Scheduler, it would send emails over 16 hours again.

Finally, it was time to start debugging thins on my own! That pesky Exchange team is no good! They can't even handle fixing their Exchange servers! And so I did – with one slight difference – this time, instead of testing using my local account, I've opened a PowerShell window using the MSA account used to run the script. I run the same testing script that I used on my standard Active Directory account, and suddenly instead of 1-5 seconds per email, it takes 40-60 seconds, and an error message is thrown that a temp name can't be generated. That's weird. Then it hits me – I go to the temp folder, type „dir” and see hundreds of thousands of 0-byte files called tmpXXXX.tmp going and going and going, and never finishing. GetTempFileName() returns a temporary file name and creates it on a disk. That means every time you run it, it checks if the file exists, and if it does, it generates a new name and again creates it on the temp folder.

That means for every email I sent or prepared for sending but wouldn't it would create an empty file. It was even worse because email body generation actually used [System.IO.Path]::GetTempFileName().Replace(„.tmp,” „.html”) a different name, so the TMP file would never be used, and even the HTML extension was never used because it was all done in memory, so it was doing it unnecessarily. You may be thinking – but why was it taking so long to generate that name?

So why was it taking so long? Whenever I created an email, my script would generate a temp file (instead of a temp string) that led to 1000-10000 temp files created per day, each adding a problem for GetTempFileName() to make next. After running for months without cleaning the temp folder, one of two things happened – I've reached the limit where the GetTempFileName() method would try and generate a unique file name that doesn't exist. It hit 1.8 million files (trying to find a unique one every time), and it stopped, or it has a hardcoded timeout of 1 minute (more likely). Either way – I didn't want to investigate it anymore, as I felt that I'd already achieved the top idiot award for today. The delete command took about 10 minutes to delete all the temp files. And what do you know? Once deleted, the emails started flying in 1 second again.

While not as pretty, it gives you flexibility and doesn't create random files that may not be really what you need! The other takeaway is that you should run some kind of cleanup activity on your servers, as you never know when some dumbass will fill the temp folders with junk.

PowerShell – Working with Format-Table in Verbose, Debug, Output Streams
As you may know, PowerShell has multiple streams. Write-Output, Write-Error, Write-Warning, Write-Verbose, Write-Debug, and Write-Information. It also has Write-Host which until PowerShell 5 was a bit special. Since PowerShell 5.1 it’s a wrapper over Write-Information, so it doesn’t kill puppies anymore. While I could spend the next five pages trying to give my best and describe those streams, there are already many articles describing them in detail. Please check the following link if you need that information.
18 lis 2018

AzureAD – Enable Password Expiration with Password Hash Synchronization
Azure AD Connect allows three ways to make sure the user password is the same in Active Directory and Office 365. Those are Password Hash Sync, Pass-Thru Authentication, and ADFS. While my preferred option to go with would be Pass-Thru Authentication, only Password Hash Synchronization is the easiest and least resource-intensive. It synchronizes user password to Office 365, and even if your Active Directory is down, you can still log in to Office 365. It’s perfect for small and even more significant companies that don’t have resources or can’t guarantee that their infrastructure will stay 100% time online so users can authenticate based on their Active Directory.
24 lut 2020 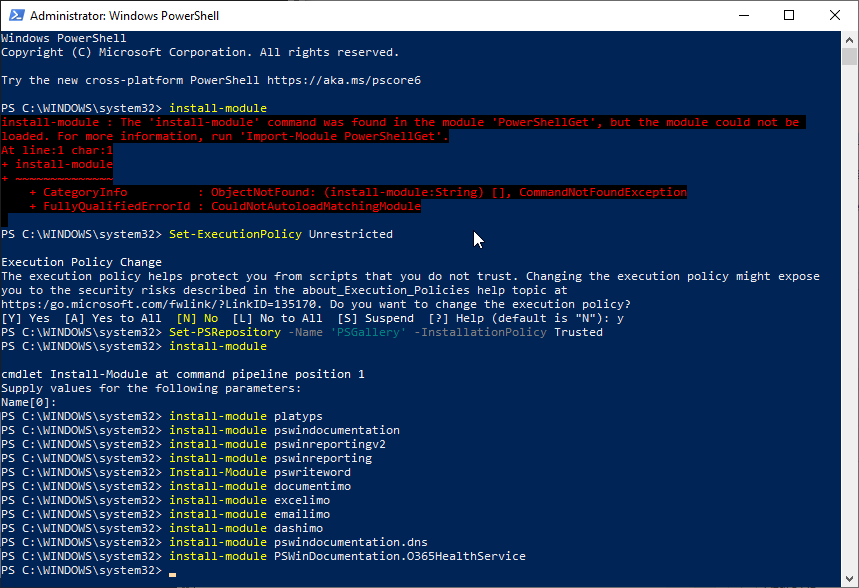 Install-module : The 'install-module’ command was found in the module 'PowerShellGet’, but the module could not be loaded.
I’ve been working last few hours trying to set up my laptop for PowerShell Conference, and one of the tasks is to get my modules up and running. To my surprise on Windows 10 1903 Install-Module thrown a weird error
30 maj 2019

Easy way to connect to FTPS and SFTP using PowerShell
FTPS and SFTP are two ways to send and receive files from remote sources. While the name suggests both do the same thing, those are different protocols, in the end, having the same goal. A few weeks back, I had to make sure I can reliably download files from FTPS server using PowerShell, and since I couldn’t find anything straightforward to use, I decided to write my own. Transfertto is a new PowerShell module that supports both FTPS and SFTP protocols. Its goal is to be the only module that you need to transfer files to and from FTP/SFTP servers.
29 sie 2021 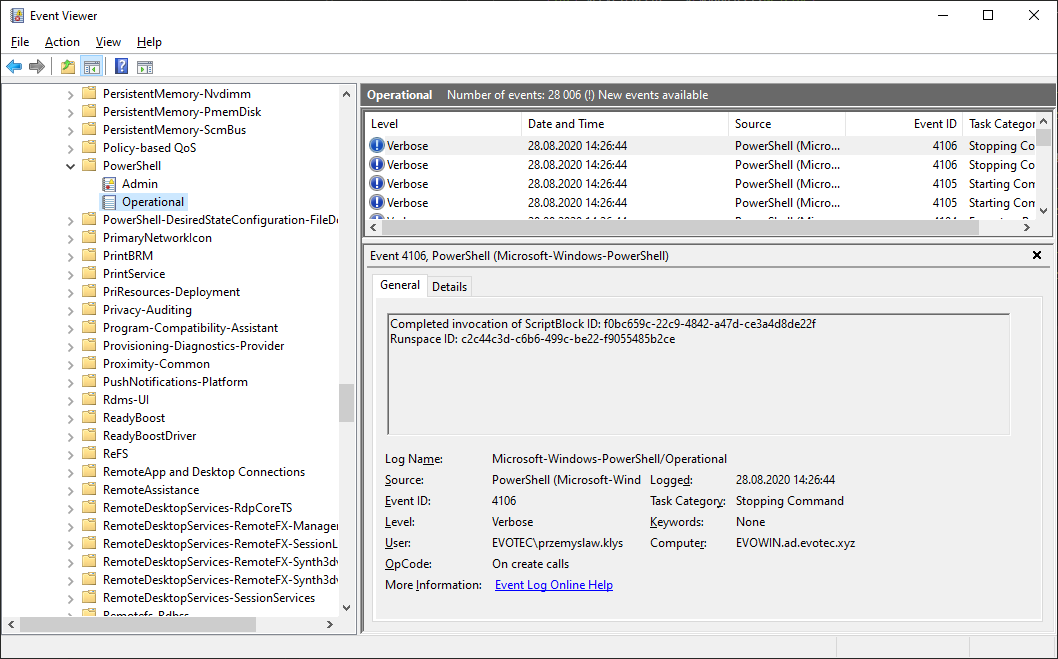 Restoring (Recovering) PowerShell Scripts from Event Logs
A few days ago, I was asked to take a look at PowerShell Malware. While I don’t know much about malware, my curiosity didn’t let me skip on this occasion, and I was handed over WindowsPowerShell.evtx file. Ok, that’s not what I expected! I wanted PowerShell .ps1 files that I can read and assess? Well, you play with the cards you were dealt with. What I was handed over was PowerShell Event Log. PowerShell writes whatever you execute, and it thinks it is risky, to Windows PowerShell Operation Event Log.
28 sie 2020 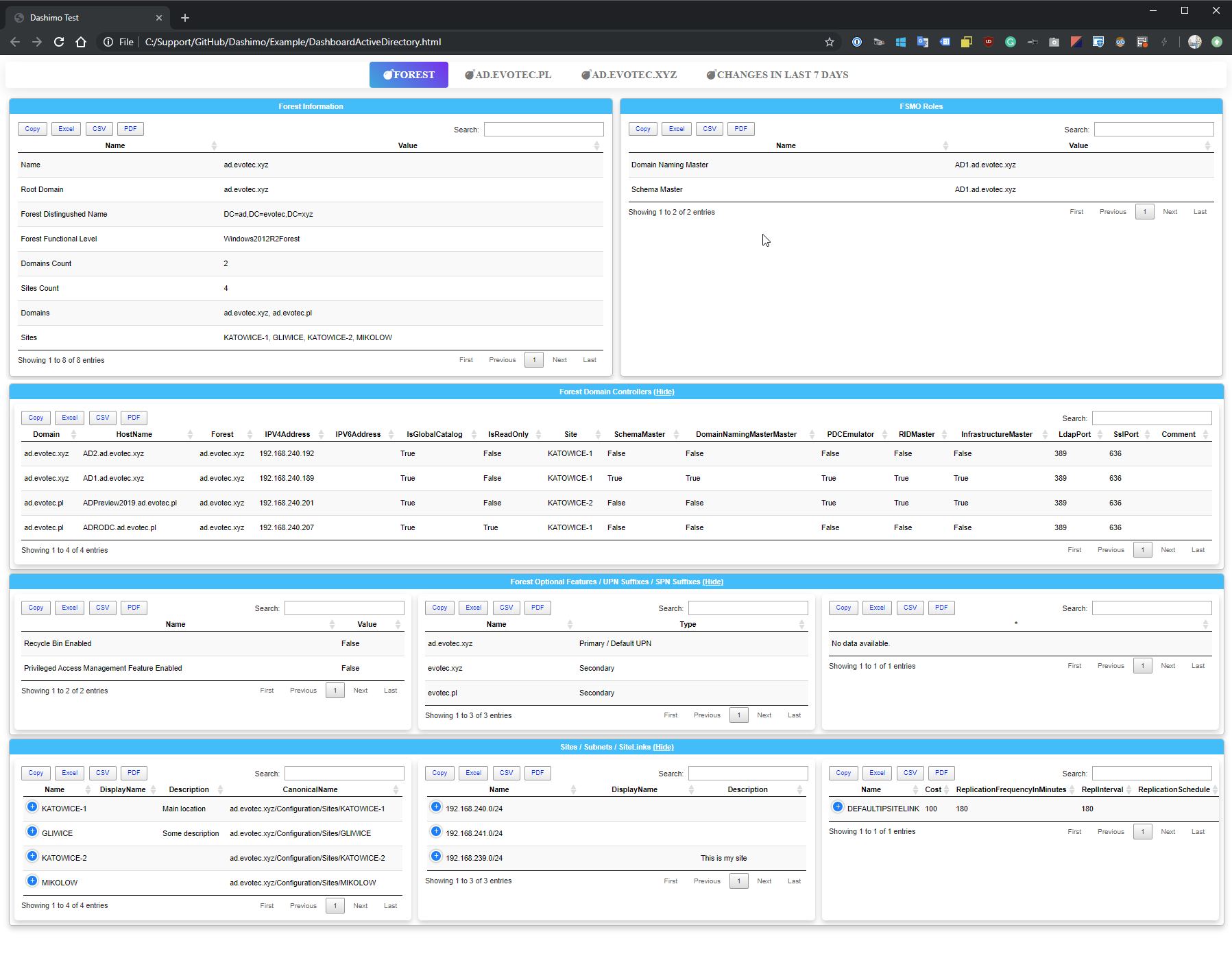 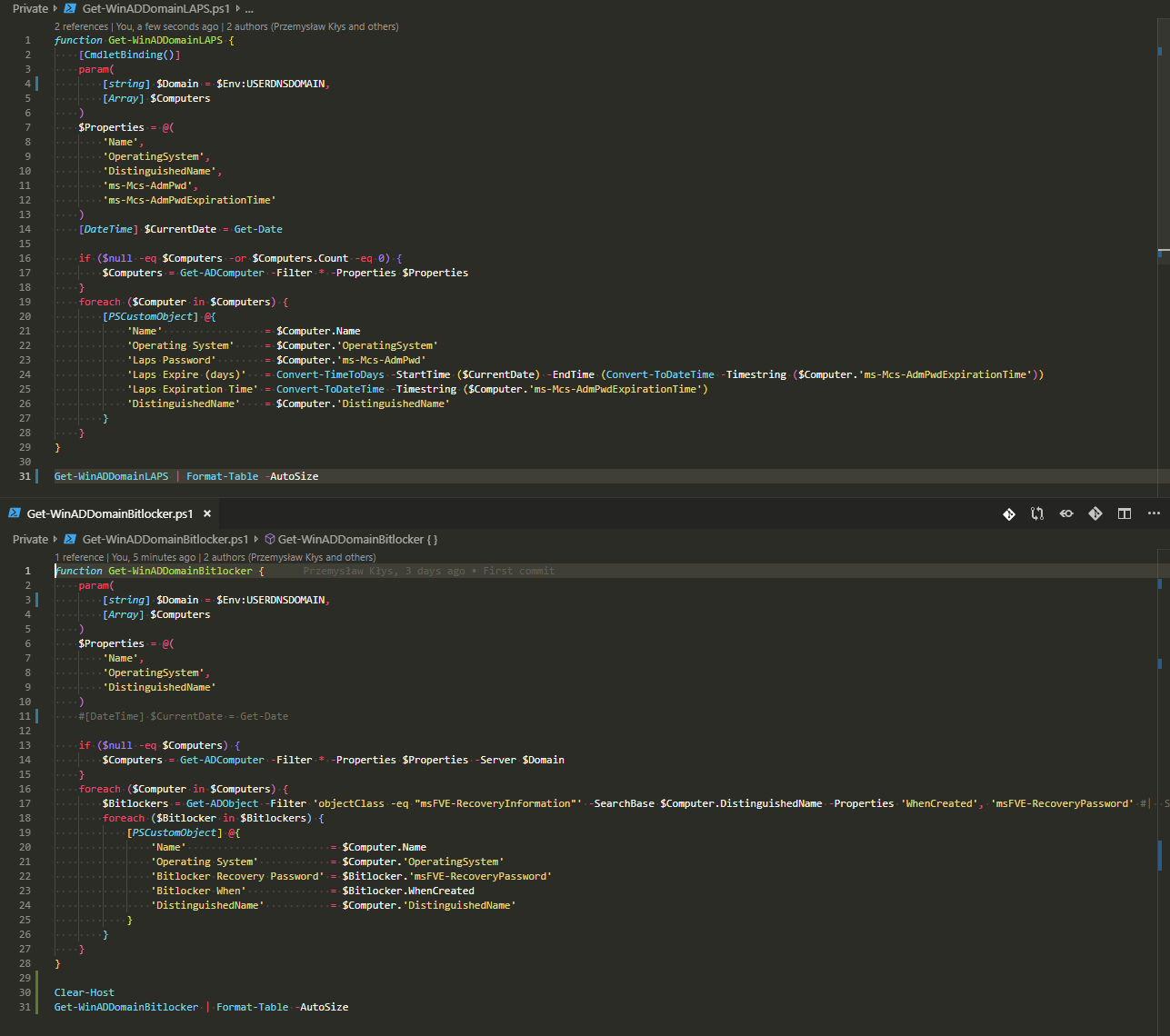 Backing up Bitlocker Keys and LAPS passwords from Active Directory
Having a modern, secure infrastructure in 2019 is a requirement. You should implement BitLocker to make sure that in the event of stolen laptop data is not readily extractable and implementing LAPS is a must in a fast changing IT world. But I’m not here to convince you to those two security features. I’m here to show you an easy way to backup LAPS and BitLocker. While having everything stored in Active Directory is excellent, things can get complicated when you don’t have access to your Active Directory, or you restore an older version of it. You see, LAPS, for example, keeps only last Administrator password. This is great and all but what happens if you restore the machine from backup from 6 months back? Your password has already changed multiple times. During our testing of DR scenarios, we wanted to access the computer via their local Administrator credentials and we just couldn’t because that password was already gone.
31 mar 2019 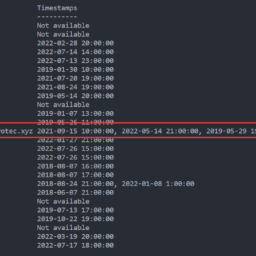 Finding duplicate DNS records by IP Address using PowerShell
In my earlier blog post, I showed you a way to find duplicate DNS entries using PowerShell, but the focus was on finding duplicate entries based on hostname. But what if you would like to find duplicate entries based on IP Addresses? This was the question I was asked on Reddit, and I thought it was a legitimate request, so today’s focus will be on transposing table output from earlier functions to present data differently.
26 lip 2022

PowerShell – Comparing advanced objects
Two years ago, I wrote a blog post on how you can compare two or more objects visually in PowerShell that works on Windows, Linux, or macOS. I’ve been using that for a while, but it had a specific flaw. Comparing more advanced objects that you often see (for example, returned by Graph API, two config files) wasn’t working correctly, often throwing errors. The reason for this was that having nested hashtables arrays require more advanced logic. Today I’ve updated my module to use the ConvertTo-FlatObject function, which allows the Compare-MultipleObjects function to compare suitably more advanced objects hopefully. Of course, it should not throw errors anymore.
28 lut 2022

Preparing Azure App Registrations permissions for Office 365 Service Health
As you may have seen in my other post, there’s a simple, PowerShell way to get Office 365 Health Service data for you to use any way you like it. But before you can use that, you need to register granular permissions on your Office  365 tenant so that that data is provided to you. Here’s a step by step way to do it.
22 kw. 2019 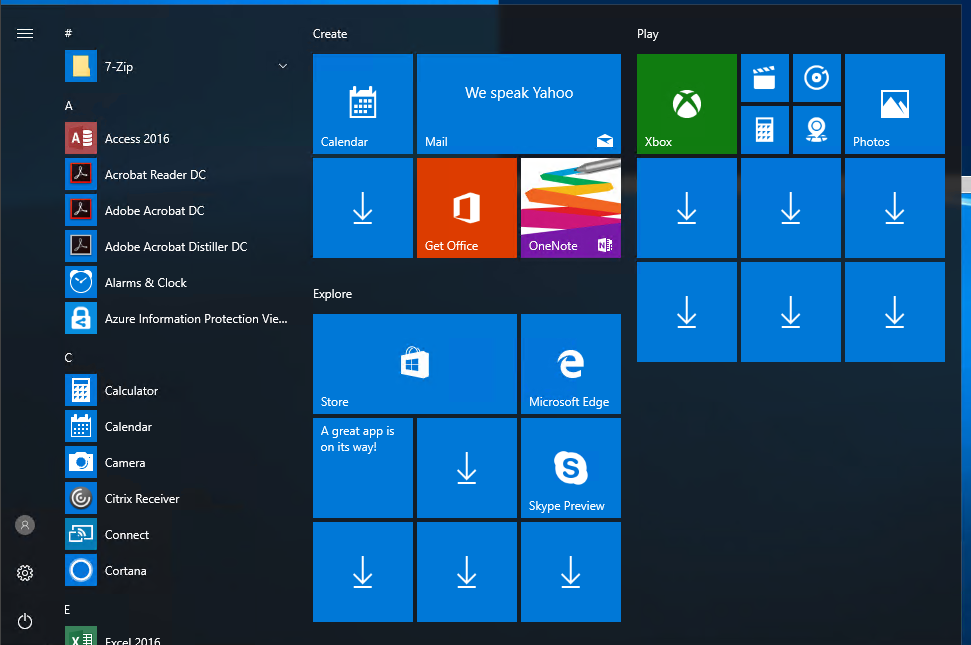 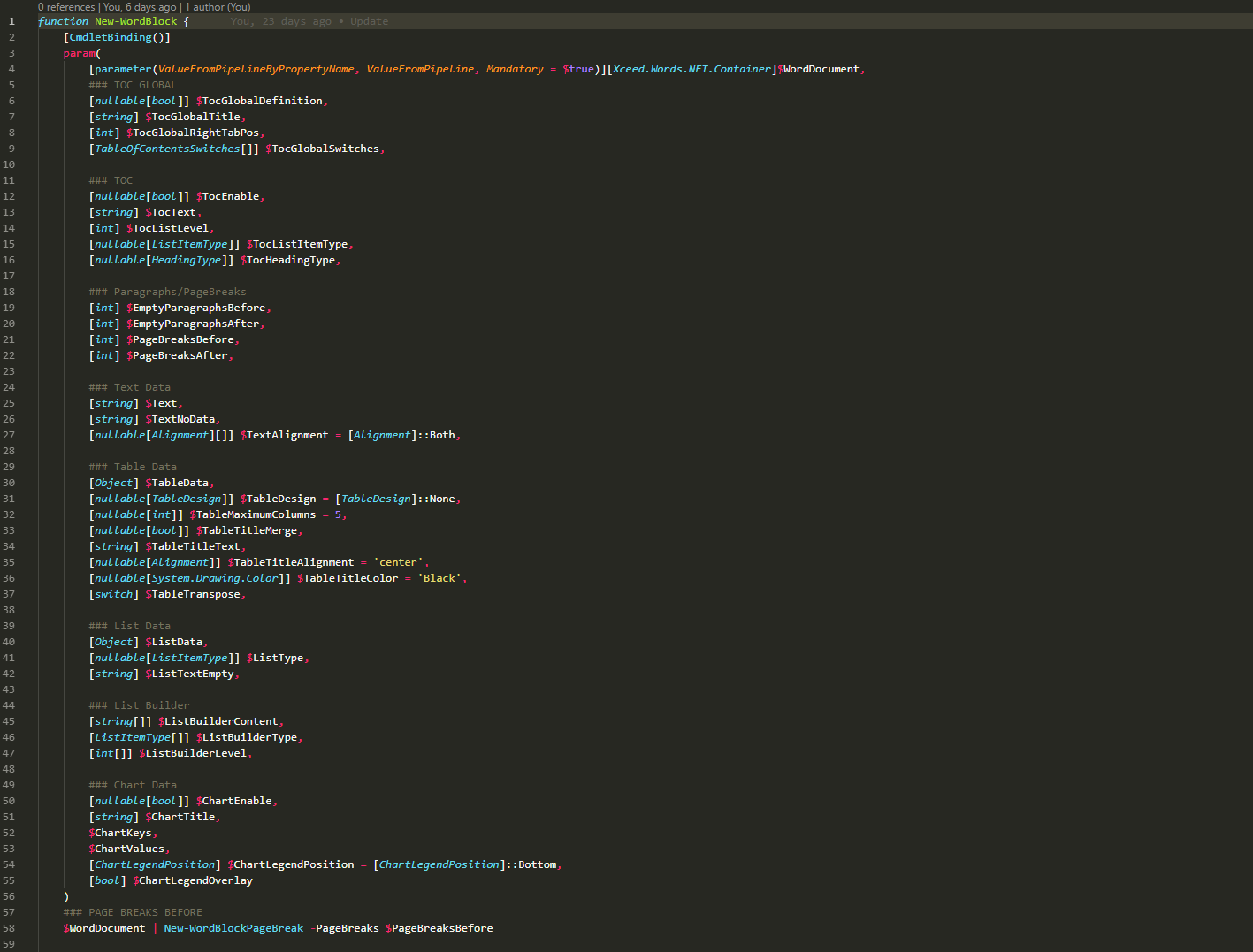